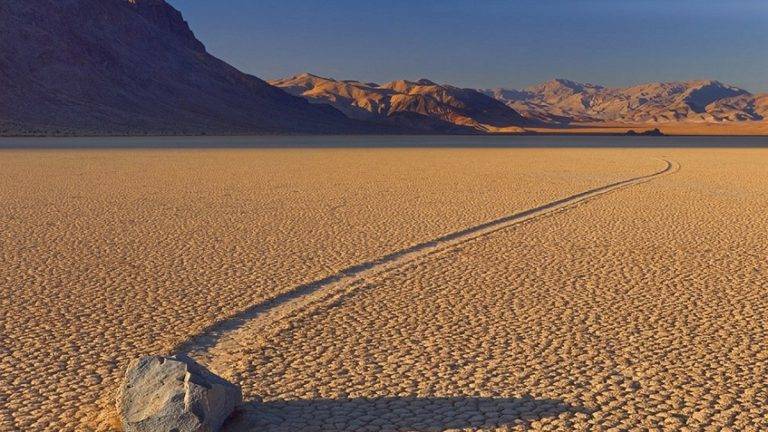 One of the driest places in the United States is Death Valley, located in California and partly in Nevada, at the bottom of the dry Lake Racetrack Playa. By the way, the lake occasionally and partially fills with water from rare showers, but the sun and wind quickly dry it up, again and again exposing the stones randomly scattered at the bottom. An amazing feature of these stones is that from time to time they spontaneously change their position, moving along cracked soil and leaving behind characteristic traces. The mystery of such a natural phenomenon has not been solved to this day – assumptions have been put forward since the 19th century, and among the versions there were very different ones, from the action of evil spirits to small earthquakes, although high seismic activity was not recorded in this area. Only one fact has been practically proven – it has been noticed that in winter the stones show a special “activity”.