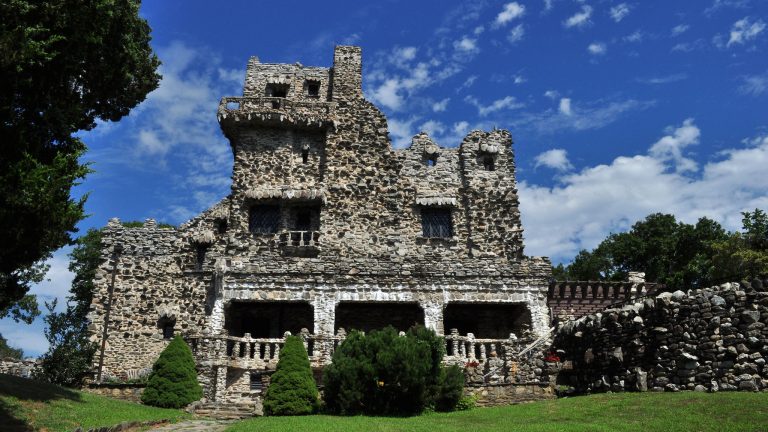 So, this castle belonged to the famous actor William Gillett, the first performer of the role of Sherlock Holmes. The peak of his fame came in the last century, and now, sadly, another of his creations is more famous – a stunning house built by him in Connecticut.
This is one of the most amazing, unusual and original castles that you can see.

The reason for the actor’s wild popularity was the role of Sherlock Holmes, which he embodied both on stage and in the silent film of 1916, based on his own written play. He did not just play – he created that traditional image of the most famous detective, which has survived to this day.
It was he who came up with a large smoking pipe, and a checkered cap for hunting deer, and a cape, and even the key immortal phrase: “Elementary, Watson!”

Currently, the building and the surrounding 122 acres of forest belong to the state of Connecticut and are one of its main attractions.